Hyde Park so picturesquely situated with its wide avenues

Handsome homes and well kept lawns has rapidly excelled in beauty the many beautiful suburbs surrounding our home city of Cincinnati.

As the resident of Hyde Park returns to his home in this congenial and pleasant suburb, he has but one thought and that is that while doubtless the Creator could have made a more picturesque and beautiful suburb, it is also doubtless true, that he never has.

It is distinguished by the absence of characteristics, which so often mar an otherwise beautiful suburb. Not a factory within it limits. Its streets broad and well kept. The homes all uniform and attractive. Its residents gathered to this green valley by the attraction of its beauty, its symmetry, its location and the congenial and happy spirit of its fellow citizens. What is seen today is in many ways the outgrowth and result of many years of labor.

Twenty years ago Mornington was, a familiar name not only scattered around through our surrounding territory, but also in every way one was constantly reminded by the quotation "Keep your eye on Mornington."

Twenty-five or fifty inhabitants lived along its country roads, all of which were narrow, but some more narrow and winding than others, all mud, but some muddier than others. Not an unusual piece of architecture distinguished it from the ordinary farm grounds often seen adjacent to a large city. Its only means of transportation was the narrow gauge railroad, crossing above Edwards Road and Madison Pike, and the commuters who gathered on the wooden platform to take the morning train, and returning in the evening were few. The schoolhouse was a little red building at the corner of Edwards Road and Madison Pike still standing as an addition to our present commodious educational institution. 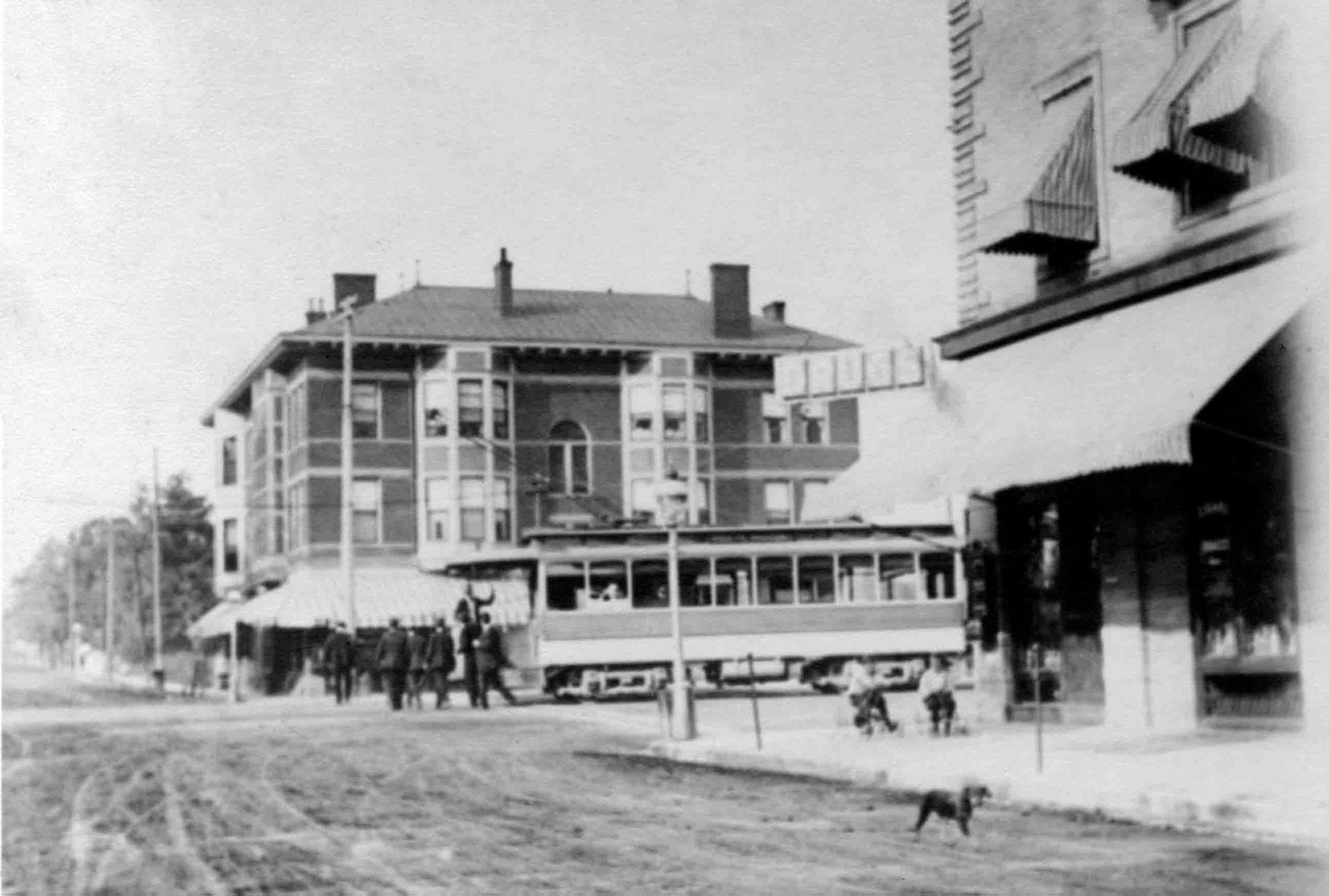 About this time there gathered together a certain syndicate of wealthy, prosperous and patriotic citizens being Charles Kilgour, John Kilgour, James E. Mooney, Albert S. Berry, Wallace Burch, Simeon Johnson, John Zumstein and Thomas B. Youtsey, who formed what was then known as the Mornington Syndicate, purchasing almost all of the property in the triangle bounded by Edwards Road, Observatory Road and Madison Pike and a large stretch of ground to the east of Edwards Road. With the formation of the syndicate came the improvement of Madison Road, the street cars, the widening of Madison Road, first to the City limits and later to Oakley through the heart of the village, the building of Erie Avenue through the center of this farm ground under the direction of the County Commissioners, followed by Mooney Avenue, Berry, Burch and Stettinius, the macadamizing, improvement and grading of Shaw Avenue through the ground then known as Shaw farm and Weber's woods. This syndicate on the suggestion of Gustave W. Drach, changed name from Mornington to Hyde Park, and through their industry and perseverance is mainly due the fact that Hyde Park today is an exclusive residence district, protected, guarded and beautified by restrictions in the conveyance of property.

The growth of Hyde Park for several years was not rapid, but the class of its improvement constantly attracted the attention and year by year it took a better and more commanding place among the home seekers of our City. It may be said here, that those restrictions and plans which were originally laid out by the Hyde Park Syndicate, for the development of this section have been steadfastly adhered to, and it is mainly due to these restrictions, together with that careful scrutiny exercised in the sale of property, that the high class of citizenship in Hyde Park is now due.

In August 1896, the first election for Village officials occurred. The incorporation of the Village only resulting after a bitter fight, and the first officials of the Village were Louis E. Zeigle, Mayor, Frank Johnson, Clerk, William F. Foy, Treasurer, John Kramer, Marshall, and the councilmen: William McCormick, Louis Bolce, William Kinkead, W. L. Voight, Dr. Clancey, R.C. Yowell, and W. J. Davidson, Solicitor. The first village meeting was held in the room occupied by the Hyde Park Savings Bank in the building at the corner of Edwards Road and Erie Avenue, and it was there that the Council was first organized. At the first election there were about two hundred and fifty votes cast, and to say that it was a hot election, is to put it mildly. But it is to this intense local feeling and the pride of each and every one in his home locality, that in a great measure contributes to the present local spirit so prevalent in our suburb. The candidates all made a house to house campaign. Their wives and children all electioneering, and the sole topic of conversation was the local issues then prevalent.

At the installation of these officials into their respective offices, Hyde Park was a community of very few residences, mud streets, few cement sidewalks, water pipes and gas only in a small portion of the locality, and with very poor street car facilities. The question of transportation by streetcars to the City of Cincinnati was often there a live topic of discussion than it is now. Before the incorporation of the village the street cars had been extended first to O'Bryonville, then to Observatory Road and from Observatory Road, for a short time, horse cars were run along the present route of Madison Road to Erie Avenue and Edwards Road. It was not long after the building of the street car line to Observatory Road before it was constructed through to Edwards Road and then to St. John's Park, but for many years thereafter, Hyde Park residents were contented with a jerky line of four cars running between St. John's Park and St. Francis de Sales Church. The only hope in those days was for an extension of the Cross Town line to Hyde Park, which would not have given direct connection with the City without transfer, but the rapid growth of the suburb even in those days convinced the street car authorities that the demands in that matter were less than what the people were entitled to, and thus was established the Madison Road car line, which exceeded in transportation facilities the most extravagant wishes of the residents at that time.

Hyde Park as a village, can be proud of many of its accomplishments, as street improvements, extension of water, gas and sewers, the building of the Town Hall, the erection of the fountain and many other improvements were made.

But more than that can be said of Hyde Park, as a village, for during the whole of its official life not an official of the Village nor an official act of any of the officials, was ever condemned on account of corruption. No matter how high and wealthy the individual was, he was willing and anxious to accept the duties of any office and all duties were faithfully and honestly performed. The three mayors of the Village were Louis E. Ziegle, G.F. Osler and Wm. J. McCormick. While Hyde Park has its three marshals and its prison, during the whole official life of the Village but one arrest was ever made, and that was but a short time before the annexation to the City, and a non-resident at that, the offense being disorderly conduct. 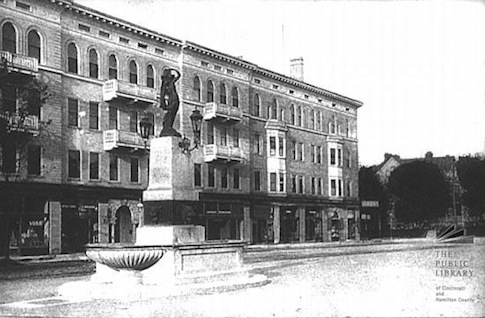